A Joint Issue is the issuance, by two or more countries, of similar stamps (i.e. similar in design, or at least in their commemoration of the same event) on the same date. The practice has become popular among postal authorities in recent years, and the stamps are becoming a popular collecting specialty. The earliest US Joint Issue was the 1959 US- Canada St. Lawrence Seaway commemorative. More recently, to celebrate the Statue of Liberty's 100th birthday in 1986, the US and France issued similar stamps depicting Lady Liberty. Probably the most elaborate example is the group of sets issued in 1992 by four countries - Italy, Spain, Portugal, and the US - in honor of the 500th Anniversary of Columbus' voyages. Other recent examples involving the US are the Cranes issue with China, in 1994, and the US- Israel Hanukkah issue of 1996. The British Commonwealth Omnibus Issues, and Common Design Types of other European country groups, while they satisfy the definition, are usually excluded from the category, and form separate collecting areas.

One popular way to collect these modern issues is on joint First Day Covers, i.e. with the stamps and FD cancels of all participating countries.

There is now a society for Joint Issues Collectors, with a rapidly-growing, informative website, at http://rzimmerm.club.fr/index.htm. Check it out.

The table below shows all the US Joint Issues through 1998, including their foreign counterparts.


Back to Top of Page 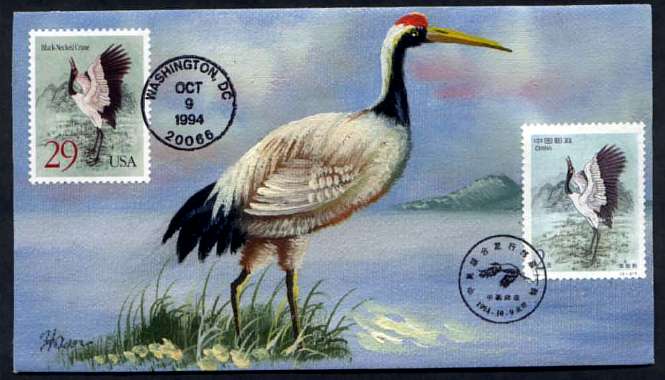 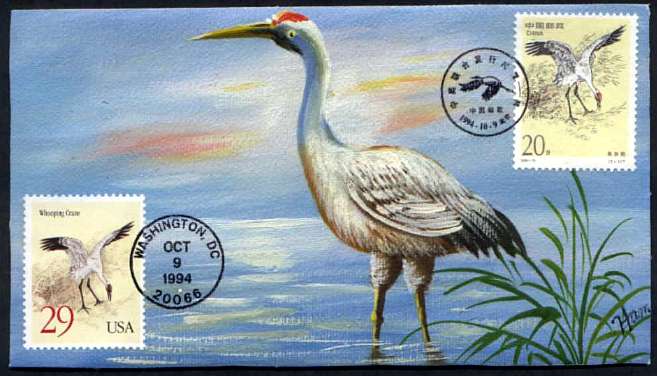 One popular way to collect Joint Issues is on First Day Covers with First Day cancels from both (or all) participating countries, which would be very difficult, were it not for the policy of most postal administrations, including the USPS, of providing First Day cancels up to a month after the actual issue date. The pair above are masterpieces of the genre, hand-painted in oils and properly cancelled in both countries. If you would like to see more Joint Issue FDCs, click here.


All the Joint Issues shown above include one by the US, but there are many other joint issues each year, that do not include US participation - here's one example, from 1997, a joint issue between Sweden and PRC. 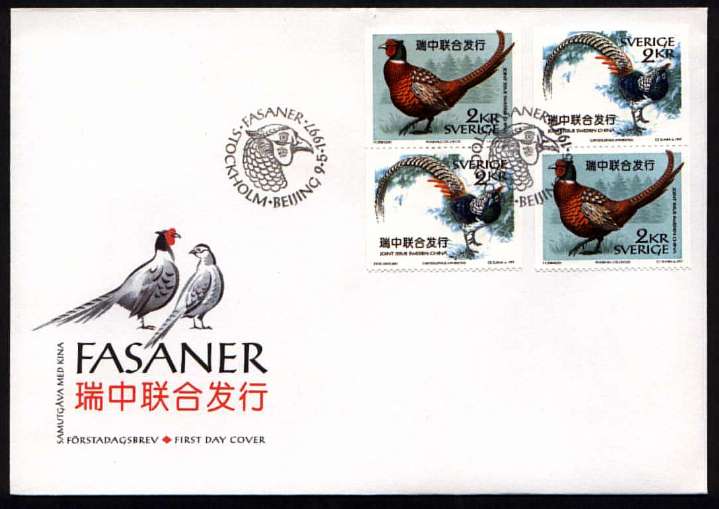 And here's one of the most unusual - and beautiful - a souvenir sheet issued in 1994 by Italy and San Marino, to commemorate the 900th anniversary (!) of Saint Mark's Basilica in Venice, with the stamps of both countries printed setenant and tete-beche:

The two stamps were issued separately in each country as well, else who would have bought them, and be able to use only half their value as postage? The souvenir sheet was aimed at collectors. I bought my copy at Pacific 97, and gave it an entire page in my souvenir album of the show, with the cancels of both countries, even though it had been issued three years earlier. It was just too beautiful to pass up, with each stamp a mirror image of the other, as though reflected in the waters of the Gulf of Venice.

Here's a little bonus - the original version of our artist's image for the letter J was the one below, which I find too good to omit. Its creator, Steve Reoutt, couldn't spare the time to revise it to conform to the standards that had to be imposed when the images were leased to Dickson's for their book, so he withdrew his image. There's an amusing visual pun here - the bar pictured is a "joint", and the profanity "issuing" from its door is thus a "joint issue". Thanks to Steve for permission to display his image here.