Trains on US Advertising Covers and Patriotic Covers
Page 6

As I explain elsewhere, Civil War Patriotics are regarded by some as the inspiration or precursors of the true US advertising covers that became so popular and ubiquitous in the latter part of the 19th century. Charles Magnus of New York was one of the chief producers of Civil War Patriotic envelopes for the Northern States - several of the ones below are his, including the first - note that its design is the same as that on the first in the Miscellaneous group above, so apparently Magnus sold his designs for other purposes as well.

You will note that aside from the last three (all shown by permission of Siegel Auction Galleries), the covers shown in this section are all unused. Valid used examples of these envelopes command high prices. Even the unused ones sell for about $20 each. 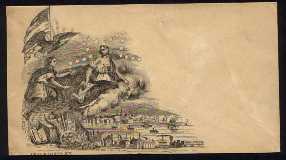 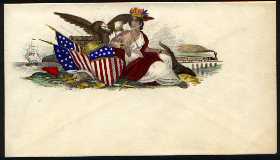 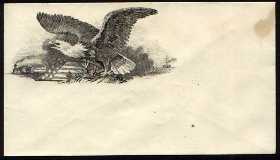 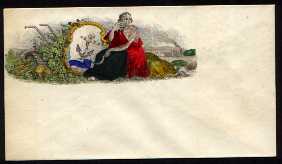 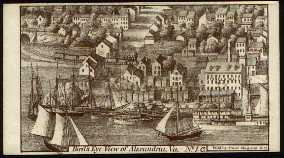 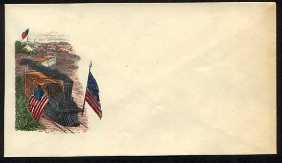 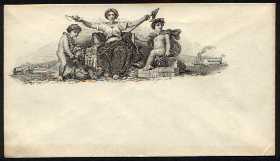 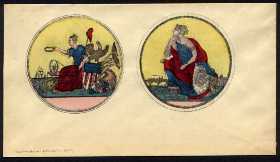 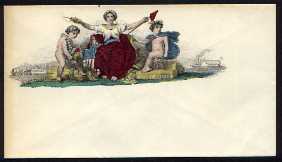 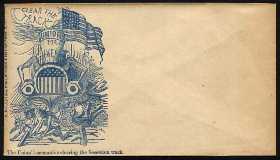 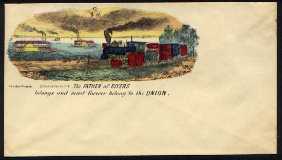 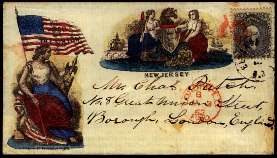 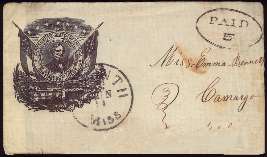 I have not seen many Patriotic covers from the First World War, and don't know whether that is just because I have not paid attention, or that the concept did not catch on at the time. By the time of World War II, however, expressing opinions on one's mail was a popular concept, and WWII Patriotics abound.

This is not a US cover, nor do I own it, but it's too good to omit.

The cover above is a famous (and expensive) one, issued in the 1850's as part of the campaign in Great Britain at that time to extend the cheap local domestic rates to all the British Empire. That finally happened in 1898. (See my M is for Mulready page for more examples of covers promoting Imperial Penny Postage.)

OK, this item has no philatelic connection, I admit, but I live near San Francisco, and collect ephemera relating to the history of the area, and there's a train, so here's a pamphlet showing the SF Bay Area in 1924. Click on the image to bring up a new page with the entire pamphlet. 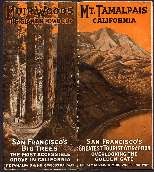 If you've lasted this far, you might enjoy the page I created showing trains on First Flight Covers - Click here.